We all had an interesting and jolly discussion, inspired by the following papers: 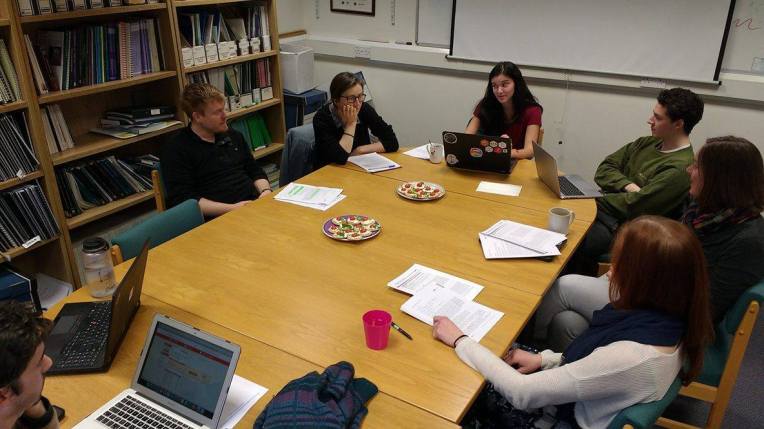 As we work in the Arctic, we appreciated how the papers recognised the fact that regions which are not particularly rich in biodiversity still deserve to be on the conservation radar.

We started off by identifying what β-diversity is and how we measure it – we discussed temporal β-diversity (how has species composition changed through time) and spatial β-diversity (commonly known as just beta-diversity, how do communities differ across space – i.e. measures of similarities, etc.) and what are the implications of using β-diversity metrics in conservation. We can mostly agree that one of the goals of conservation is to maximise biodiversity, but what diversity? Alpha, beta, gamma?

Calculating β-diversity allows us to understand biodiversity loss from a different perspective – we can look beyond species richness increasing or decreasing, and think about whether communities are becoming more similar, and what the implications of that might be for ecosystem functionality and the provision of ecosystem services. Nevertheless, β-diversity has to be used carefully – if two communities are both changing, β-diversity might stay the same (i.e. they might still have the same amount of species in common), but their current species composition might have changed. We also discussed how increasing the spatial extent of agri-environment management (or other conservation measures) might not always have the desired outcomes – such actions might decrease β-diversity by favouring the same set of species over large spatial extents. Communities can shift in many ways, which don’t necessarily fit in the biodiversity loss toolbox we most often use.

Can we use beta-diversity to link local scale observations to global scale inferences on biodiversity trends?

We thought that this is theoretically a great idea, but logistically, there are difficulties in going from the local scale observations to inferences on γ-diversity – gaps in the data, understudied regions, etc. We also pondered the dangers of promoting rare species at the expense of common species, and also what about disturbance-tolerating species? It is easy to say that e.g. Plot1 has lost/gained one species, but hard to have confidence in how the world has changed over time. Perhaps it is β-diversity that will help us link our local-scale observations to inferences on the global scale.

3 thoughts on “The role of β-diversity in conservation”